How to make a cursive k

In cursive writing, the letter k is among the many letters in the cursive alphabet. A question on his to make a cursive k is simple and can be learned in a short period. Teachers in school teach students lessons on cursive writing as a subject.

Cursive K is mainly thought to small school-going kids to train them on an enormous amount of writing. Letter k in cursive can either be written as an uppercase letter or in lowercase.

This article shall act as a guide on how to write cursive letter k in many different ways and what is needed to make a good letter k in cursive. 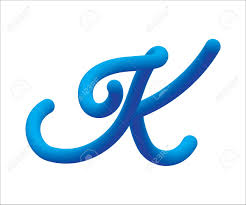 Letter k in cursive is among the easiest letters to write in the cursive alphabet. It is almost exactly like a handwritten capital k. Cursive writing letter k requires that it usually connects to the letter an in words like a kangaroo. It can also connect to the letter e in words like keep and key.

How to Write a Cursive Capital “K”

To begin writing letter k in cursive, You need to serve yourself with a worksheet, a tracing paper, and a watch to measure your writing speed.

On your worksheet, you are set to begin writing your capital cursive letter k at the top line of the page. Then bring your stroke to the bottom, without breaking your stroke, bring it back up to the centerline. 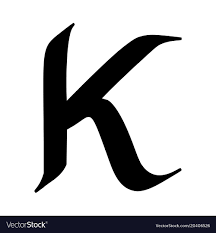 How to Write a Cursive Lowercase k

Lowercase cursive letter k is among the simplest for kids and students of any subject in school to write. On your worksheet, begin your stroke just below the line and take the stroke to the top line making a loop going back down to the bottom line.

You are set to make a stroke up and make a loop below the centerline where you will take the stroke and loop it out to the right to either end the letter or fix it with another.

In case you are unable, you can use tracing paper to trace back the image of the lowercase cursive letter k into your worksheet.

Why Should Kids Learn to Write Their Name?

Kids in many schools are not thought how to write their names but rather the letters that make their names. The kids’ names are used to train them on how to write using cursive letters on either print on a  worksheet. This is usually done as a subject in their first grade of study.

Cursive writing can be used for fun. Many students use cursive writing to refresh their memory and others take it as a skill that can earn them cash if they are intensely into it.

Cursive letter k can be difficult to write to those who are new to cursive writing. Results on the worksheet might not reflect the real image of cursive letters. To ensure a good grade in your cursive exam, you will require to trace the already written cursive letter into your worksheet on your page. To make a good shot, you need to practice a lot on the subject.

To students taking cursive writing as a subject need to ensure a good grade. Most of them are unable to write in cursive letters. A group of experienced expert writers at galaxygrades.com will ensure that you are able to write in cursive letters and if it gets difficult, they will handle all your assignments for a better educational journey. Your academic solution is just a click away.